The Mermaid (Nhu Y) Restaurant in Hoi An

Well on to Hoi An, after a search of the internet I found some good recommendations for a resturant in the old part of town called the Mermaid. Here is a review on the New York times travel site  and their own site Hoi An hospitality 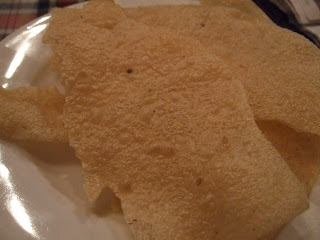 First up we had a prawn mango salad that came with crispy rice crackers. As they came together i assumed that the cracker was to put the salad on. The salad was great and when it was placed on the crisp the texture was enhanced by the crunch provided by the crisp. By its self the crisp was interesting but in combination with the salad it was brilliant, good on the cook on making the combination. 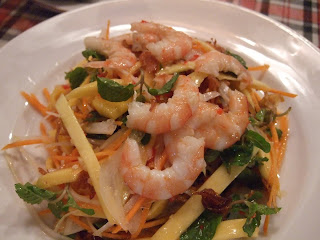 The salad was crisp fresh and the combination of mango, fish sauce and prawns, made for a salad that yielded surprising flavor combination. I loved how the mango added its sweet acidic note to the salad. I so want to reproduce this salad but I think that finding a consistent supply of the right mangoes will be difficult. Maybe as a special when we have a good seasonal supply of the right mangoes as preserved mangoes would not have the right acidity 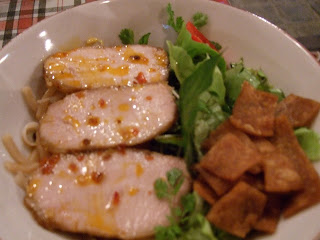 We had a noodle dish with pork medallions that was good as the meat was lean and salad fresh. I have to admit that we did not eat it all as it was a complete meal on its own; we had more dishes to try so we just had a taste. It would make a nice light lunch with the right balance of noodles and meat. The salad, herbs and crispy crouton chips rounded out the dish perfectly. 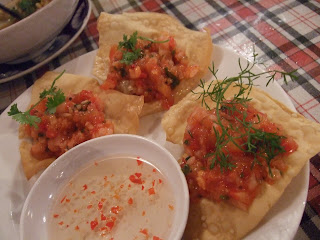 The next dish first put me mind of Mexico but I will suspend the thought as this is suppose to be authentic Vietnamese food. I am sure it is just a case of different cuisines coming to the same place using different ingredients but with same results. Take one crispy won ton wrapper (Chinese influence) place a spoonful of a combination of minced ship and tomato and you have a Vietnam dish that reminds me of a nacho dish. Of course the comparison ends with the how the dish is put together as the taste is very much Vietnamese. This is a great appetizer as it is flavorful has a pleasant crunch but not filling. The combination of the fresh tomato and shrimp mixture with the crunch was spectacular. 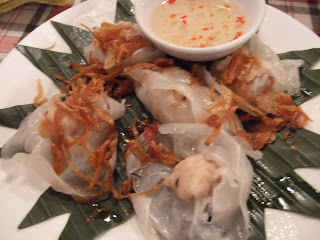 Now to a very Chinese influenced dish or accurately a Chinese dish influenced by the Vietnamese. Steamed meat filled won tons with caramelized onions that are dipped in a fish sauced based dip. It was a successful combination though the dish did have the feel of a Chinese dish reinterpreted for a Vietnamese palate. 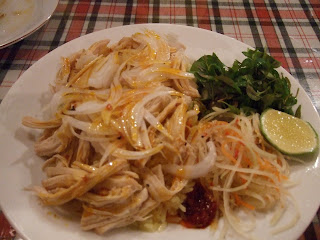 We then had a taste of a chicken and rice dish that again would make a good one dish meal. The dish is set up for the customer to mix the ingredients, chicken, rice, onions, marinated carrot and radish garnish, herbs with a lime. Again a nice dish that is a good variation on chicken fried rice with a fresh crisp flavour that is great as a main dish.

The next dish is a barbecued chicken dish; it was good, nothing was standout so I do not remember much about it. 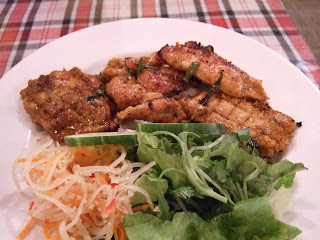 The last dish was a banana crepe with chocolate sauce; it was tasty and a perfect end to the meal. 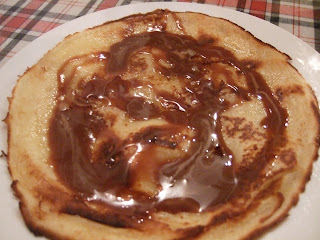 Filed Under: Food travel
KHÔNG GIAN XƯA restaurant, we had to go back and over eat again
A quick meal in Da Nang